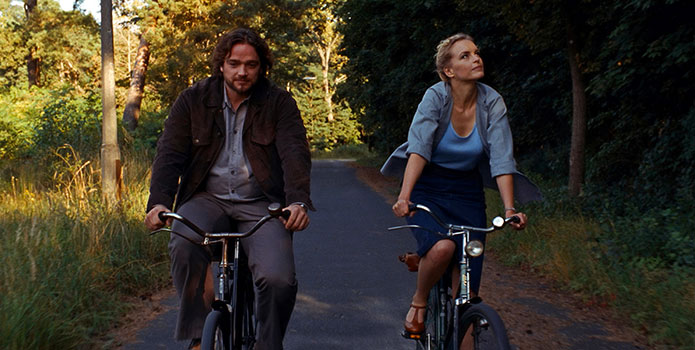 Calling this film “quiet” or “restrained” would be factual enough, but somehow it doesn’t do justice to how truly engaging the story is. Nina Hoss is perfectly cast as the eponymous character, managing the tricky task of seeming both put-upon and above it all. Punished for requesting an exit visa from early-1980s East Germany, Barbara is removed from her advanced medical post in East Berlin and sent to a run-down rural hospital. Here she finds herself attracted to a colleague (Ronald Zehrfeld, relentlessly appealing) whom she suspects may be reporting on her to the police, while deciding whether she should try to escape with her West German lover (Mark Waschke).

This was one of the two screenings I took in at TIFF that was projected in 35mm film format, but it felt like a happy throwback for more reasons than that.  If you need convincing that there is still some life in the classical, jump-cut-free style of filmmaking, moving from medium shot to medium shot, out and in again, keeping the medium itself in the background of the story experience, this is the film for you.  Watching this film I felt a real nostalgia for my early art house experiences with international cinema—films that told me stories that had both the verisimilitude to lived experience that Hollywood films lack, and the exotic power of an open window into another country’s culture and history. What a treat to watch a layered, subtly directed story play out, and not to be sure precisely where it will go. Barbara reminds me why I love the movies.