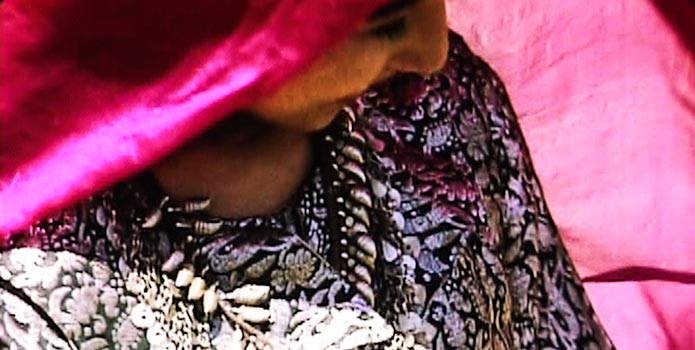 This is a very quick-hit review of a complex film project that is explicated far more thoroughly by Cinema Scope, so I will just focus on a few key points.

I think I have a very clear bias when it comes to films about war, and that is that I like them better the more that they tell me about people’s direct experiences of it.  And there is plenty of footage from Afghanistan here—some moments of it intense and/or gory enough to merit a warning I’d say—but the strange fact here is that this seems to have been gathered by Afghan videographers separately from the five Western films of the omnibus, and then inserted as context.  For me it is far more powerful than anything contributed by the filmmakers themselves.

Gianvito’s own segment is somehow simultaneously too offbase and too heavyhanded, with its images of indulgent, lazy Westerners contrasted pedantically with audio accounts of civilian deaths and injuries in the war.  Jon Jost’s “Empire’s Cross” impressed me with its nerve, putting the faces and names of the 9/11 terrorist attackers on screen, but then devolving into an audio/video mashup of Eisenhower’s “Cross of Iron” speech with war imagery.  Soon-Mi Yoo’s “Afghanistan: The Next Generation” mixing archival documentary footage from the Soviet invasion of Afghanistan with fresh scenes of contemporary Afghan life, focusing on youth.  Somehow this juxtaposition did little for me, although both sets of footage are interesting on their own terms.  Minda Martin’s “The Long Distance Operator” is a rather weak fiction about the implications of remotely-conducted warfare.  It tries to achieve authenticity by casting actual vets, but this can’t hide weak writing and acting.  Travis Wilkerson’s “Fragments of Dissolution” risks taking the entire film off the rails by telling 4 stories of poverty and suicide among American war vets; a tragic subject that no doubt merits a film of its own, but risks undercutting the main thrust of this project with its super-dramatic black-and-white aesthetic and grief-wracked interview subjects.

I say all this and yet, with the except of the last segment I was constantly engaged by this film.  But it is one thing to protest the fact that in 2011 only 2% of news media coverage focused on the war, even as the American and Afghan casualty counts were at an all-time high.  It is another thing to try successfully to tell the stories that aren’t being told. In that respect this attempt, well-intended as it is, falls a bit short.