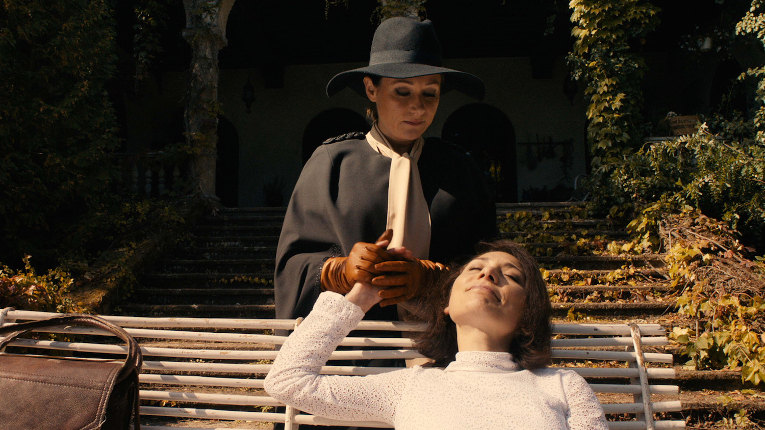 12 Feb The Duke of Burgundy; The Beast (Netflix Canada picks)

If Berberian Sound Studio mines the history of giallo horror for its meta-cinematic thrills, The Duke of Burgundy, director Strickland’s follow-up, does the same for ’70s art house erotica—”a domestic drama that has fallen out of the hands of a sleazier genre,” he says. Except that here, while the main title, and the conceptually appealing setup of an alternate world populated entirely by women, feel quite “meta,” the story winds its way from the specifics of a role-playing sadomasochistic relationship to the universals of human love—”all done with a poise and high seriousness that still contains a squeak of humour, at an insect-type frequency.”

Strickland’s inspiration, the ’70s sexploitation films—directors like Jess Franco, Tinto Brass, Ken Russell—are not to be found on Netflix, with the strange single exception of The Beast by Valerian Borowczyk. “Finally! I saw a wolf-like beast creature ejaculating repeatedly on a naked Victorian woman. My life has come full circle,” says one user review on Netflix, but I can’t help noticing that the same reviewer gives the film three stars. This “frothing-at-the-mouth artsploitation juggernaut” has its deeply problematic aspects, as you would have to expect, but it is also weirdly compelling in moments, no thanks, or maybe partly thanks, to a completely unconvincing beast costume. The film starts off with some unflinchingly filmed live horse copulation, and builds from that tone-setter. The restored film image is quite excellent, presumably from the same master as 2014’s Blu-ray box, which sold out and is now going on Amazon for several times its initial price. Go figure.