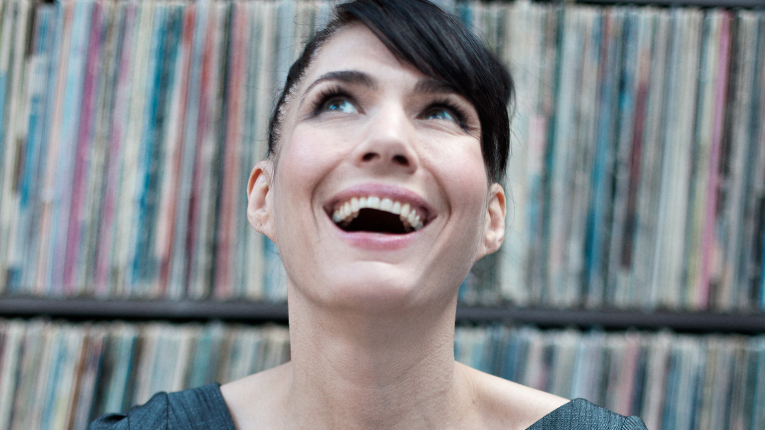 Snappily edited, and brilliantly music-sequenced, this Kathleen Hanna bio-doc offers a fascinating story that is as much about a personal evolution through feminism as it is about music. Pop culture checkpoints in the film include Hanna contributing the title “Smells Like Teen Spirit” to Kurt Cobain in amusing circumstances, getting punched out by Courtney Love, and getting married to the Beastie Boys’ Adam Horovitz; interview segments include Kim Gordon, Carrie Brownstein, and Joan Jett. Hanna went through years of declining health before finally being diagnosed with Lyme disease, and this project (born via Kickstarter) was perhaps a way for her to explain her multi-year absence from music with some message control. The penultimate section of the film explains the difficulty of getting an accurate diagnosis, perhaps attempting to avoid the perception that her health decline was a failure of self-care (the film edges up against such questions without really opening them). I’m glad she’s back, I hope she’s ok, and I will be watching The Punk Singer again.