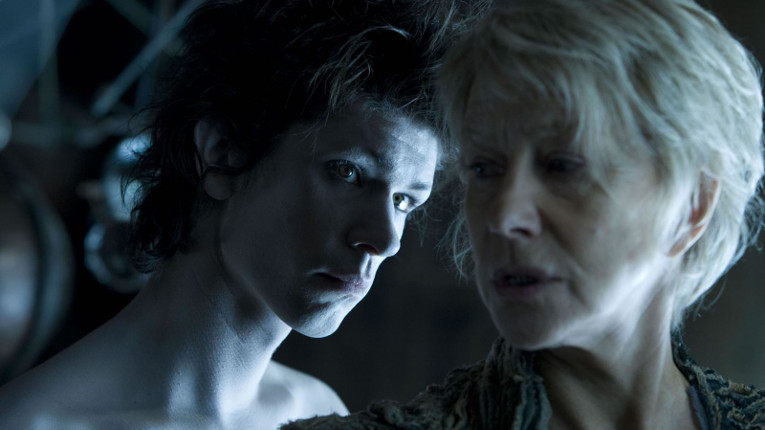 Listen, I dig a superhero CGI-fest as much as the next person, but I feel the gender imbalance when it comes to roles, scripts, writers and directors is nothing short of egregious here in 2015. I’m at least relieved that, following the exit of Michelle McLaren from the Wonder Woman film, her replacement appears to be Patty Jenkins, and not, you know, some dude. While we wait for that one to drop we still have Julie Taymor’s The Tempest, in which Helen Mirren—as you would expect—kicks ass and effortlessly carries this spectacle that looks way more expensive than its $20 million budget. The striking visual effects are by Kyle Cooper, who made his name creating title sequences (most notably Seven) but who went on from here to supervise the effects for Tron: Legacy, Prometheus, and Iron Man 3. Prospera is an appealing superhero, depending on brains and techno-magical mastery to seek redress for past wrongs to her and her family, as well as on her sidekick Ariel who with his teleportation, invisibility, telekinesis and weather control is like a bunch of X-Men rolled into one. The film has its flaws, including a jarringly genre-hopping music score by Elliot Goldenthal, and a hounds-of-hell chase sequence pitched awkwardly somewhere between Lord of the Rings and Benny Hill. But the casting is brilliant across the board (yes, even Russell Brand is an inspired choice here), and so seamlessly has the origin story been wound around Mirren’s Prospera that you would never believe that a certain previous draft of this script featured a male lead. Did I mention that that previous draft was by William Shakespeare?