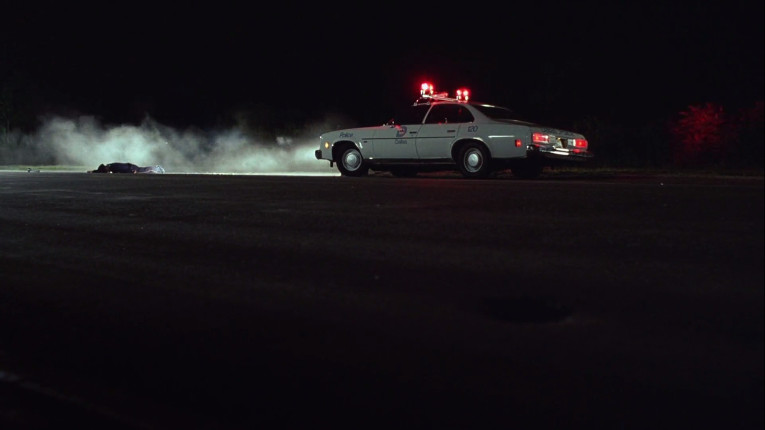 This documentary owes its outsized reputation not just to its groundbreaking/influential cinematic style, but more than anything to the fact that its indisputable analysis freed the wrongly-convicted Randall Adams, who had been sentenced to life in prison for a cop-killing committed by another man. I’m not sure how well the re-enactment footage has aged (and it was criticized in some quarters upon release), but I continue to be impressed at a certain level with the way that it puts forward the prosecution’s version of the case as a visual question. What’s more, the film inevitably points up the incredible dysfunction of the American justice system, but does so by raising one specific doubt after another, rather than by generalizations and pontifications. After nearly three decades, that kind of faithfulness to the viewer still pleases, as does the remarkable atmospheric score by Philip Glass.

Cinephile note: this is not an impressive transfer, with artifacting, dirt and scratches visible throughout. Those looking for a more pristine presentation might consider the recent Criterion Blu-ray edition, which as it happens is available in the bi-annual Barnes & Noble 50% off Criterion sale, currently in progress.