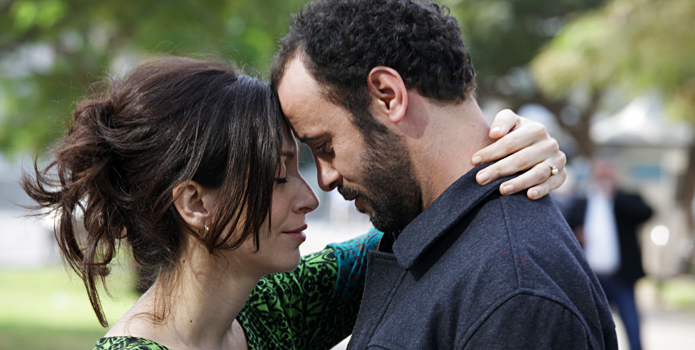 Posted at 18:29h in Features & Extras by james 0 Comments
Share

For the final instalment in my year-end roundup, I recommend 10 films to watch in the coming year. These are my favourites of the films I saw at TIFF and the Atlantic Film Festival this year. Happy 2013—see you at the movies.

US theatrical release in May

This movie deserves some kind of special award all its own for artistic and political courage. A film that would not be possible without Doueiri’s understanding of the two narratives of the Israel-Palestine conflict, it won’t be put forward as Lebanon’s entry for the best foreign film Oscar because it features Israeli actors. Doueiri told the Financial Times: “Israel and Lebanon are legally in a state of war, so having a film which represents Lebanon with Israeli actors in it is out of the question.” Perhaps the first time the conflict has been considered with this much depth and complexity in a fiction feature.

Limited US release scheduled for February 15

If your eyes tend to glaze over at the mention of South American political history, don’t let that be a reason to miss this film. See it for Gael García Bernal in his best performance yet, see it for an original twist on 1980s nostalgia, see it for a powerful political story if that’s your thing, but above all see it for an involving human drama, the fulcrum of which is communication itself. Confidential to a couple dozen friends of mine: no self-respecting PR or marketing professional should miss this film.

For me, Stories We Tell is better than Polley’s two previous films put together. In lesser hands an internal family story could have been insufferably self-indulgent, or inappropriately revealing, but Polley gets this just right. Credit has to go as well to her family, which seems to be entirely composed of photogenic people who are also compellingly well-spoken on camera.

Already in limited distribution in the US and possibly poised to pick up Oscar momentum; also included in the TIFF Circuit

I will confess freely that I am not in general a Haneke fan (with the huge exception of Caché) but this film made me a believer. Haneke fans shouldn’t get the impression that he has gone sentimental—there is still plenty of edge here, but the film has something much more interesting to say than I’ve come to expect from him. And oh the performances.

To The Wonder (Terrence Malick)

Scheduled for US release April 12

It will be impossible for viewers not to compare this with The Tree of Life, as it continues in Malick’s new-found autobiographical vein, but don’t think of this as a B-side release. What it lacks in the cosmologically sublime sequences of its predecessor it makes up for in emotion and unexpected heartbreak. His most textually minimal script yet pushes the envelope; each successive film of Malick’s seems to want to find new ways to deploy his trademark overdubbed narration and this is no exception.

IFC Midnight has the US rights

A treat for anyone who loves or loved giallo, Berberian Sound Studio is just plain delightfully weird. Toby Jones nails the role of the put-upon sound engineer who is swallowed into the strange little world of a 1970s Rome movie studio.

Has had a limited release in the US; also playing on the TIFF Circuit in Canada

A pleasing throwback to the kind of classically-made film that depends for its effect on telling a good story well. A film that will be tragically overlooked unless it scores a suprise Oscar (it is Germany’s nominee for best foreign film, deservedly so).

The Cinema Guild (distributor of The Turin Horse and Once Upon a Time in Anatolia) has the U.S. rights

This absorbing, unnarrated documentary is in a similar vein to Manufactured Landscapes (in that it looks at the industrial footprint on the environment), but executed in a much different aesthetic. The narration-free, immersive documentary about commercial fishing was produced collectively from footage shot on a dozen cameras passed between the filmmakers and fishermen while at sea. You have never seen anything quite like it.

Has already screened on UK television but still has a theatrical release scheduled for 2013; no word on North America

Winterbottom takes inspiration from the “Up” series of documentaries as well as the British kitchen-sink realist tradition to create something familiar yet unique.

Korea’s entry for the Oscars; has a US distribution deal with Drafthouse Films

Pieta shocked a few people by winning the top award at the Venice festival, but probably shocked many more with its raw content. Repeatedly surprising, never pleasant, this is the toughest watch on this list.